The sweeping war against drug trafficking will be intensified – President Buhari 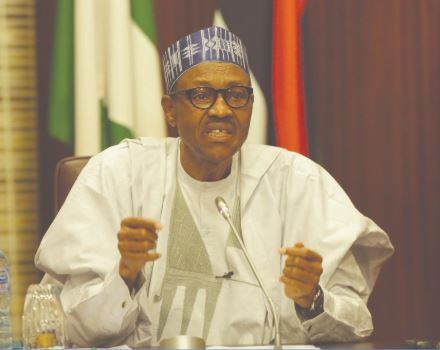 President Buhari has said the sweeping offensive against drug trafficking will be sustained, urging Nigerians in the diaspora to always provide information that will help the government to curb the menace.

President Buhari, who received leaders of Nigerian Community in Saudi Arabia at the end of his Umrah trip, said efforts should be intensified to expose those involved in drug trafficking and illegal trade in the country, assuring that appropriate actions would be taken.

He said the recent exposure of a network of drug dealers operating at one of Nigeria’s international airports, who were discovered to be tagging bags filled with drugs in the name of innocent passengers, called for expansion of searchlights. He urged citizens to refrain from breaching the laws of Nigeria and other countries.

“Every country has its own unpatriotic citizens. In China and Saudi Arabia, the laws are stringent on these things. Our citizens must obey our laws. They must respect the laws of other jurisdictions and if they don’t, then they should blame themselves, not the harsh laws that they meet,” President Buhari said.

The President said he was grateful for the support and prayers of Nigerians in Saudi Arabia for the wellbeing of the country, assuring them that his administration will do its best to secure the country, improve the economy and fight corruption.

“We have tried in the war against terrorism and citizens in the Northeast are our best witnesses. Agriculture is doing well, to the point that we are food self-sufficient, as a result helping the nation to save money on imports,” he added.

On the renewal of his mandate for a second term, President Buhari said he owed Nigerians a debt of gratitude. According to him, “we are doing our best. I will continue to keep the trust of citizens. I am happy Nigerians have confidence in us. The crowds I witnessed in my campaign across the 36 states were not staged. No amount of money could have generated that enthusiasm. I assure everyone that I will continue to do my best. I will keep the trust of Nigerians.’’

The leader of Nigerian diaspora community delegation, Alhaji Umar Abubakar Dan Hadejia, congratulated the President on his second term re-election and promised their continued support. The delegation listed a number of challenges they were facing in Saudi Arabia, including activities of drug traffickers, highlighting the recent incident of Miss Zainab Habibu Aliyu, whose name tag was attached to a drug-filled bag at the airport in Kano, leading to her arrest and prolonged detention in Saudi Arabia.

Miss Aliyu was released after President Buhari’s intervention and had been reunited with her family. President Buhari, who arrived in Nigeria on Tuesday evening, was seen to the airport in Jeddah by the Governor, Prince Mashel Bin Majed Bin Abdulaziz Al-Saud.